Last Friday night, March 20th, 150 Ann Arbor area women assembled at Huron Hills Church for an evening to gather, learn, give, and celebrate the joy of empowering women in extreme poverty. The theme for the event was Art and Global Women’s Empowerment (pictures are on our facebook page). Our new, beautiful iZōsh® sign exemplified the evening while honoring a sampling of the women to whom we have loaned. 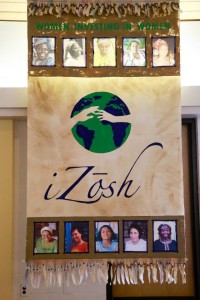 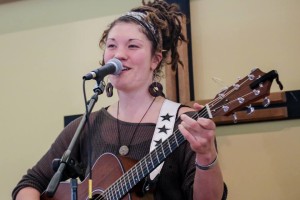 and formally started off the evening. The communal theme continued as the women, sitting at 22 round tables, then followed the model of a traditional savings group by putting contributions or dues (if members) in a basket, introducing themselves and discussing the icebreaker question, “Tell about a piece of artwork that had an impact on you.” 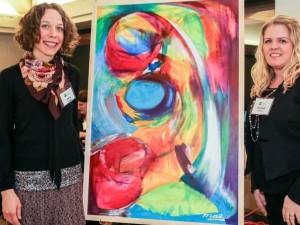 As the treasurers and their team worked efficiently to count up the money donated for distribution that evening, local artist Michael Anne Erlewine’s amazing piece, Guardian, was raffled off — all proceeds generously contributed toward the evening’s micro-loans. Her work raised an amazing $1,120 and member Alfhildur Thorssen proudly went home with her new piece of meaningful and beautiful art. 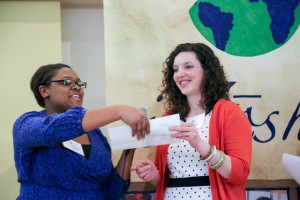 A stunning $13,710 was lent out, in real time, to 27 women from 11 countries (Samoa, Rwanda, Ecuador, Bolivia, Kenya, Mexico, Columbia, Ethiopia, Cambodia, Pakistan and the Philippines). 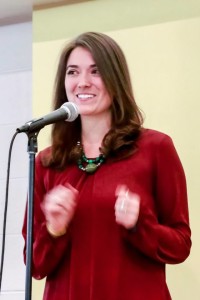 Our speaker, Sophia Kruz impressed and inspired us through her storytelling, passion, authenticity and courage. We can’t wait to see her film Creating4Change! She began by sharing some chilling statistics: 1 in 3 women have faced rape or violence; 130 million females are victims of Femal Genital Mutilation (FGM), 2 in 3 adults in extreme poverty are women. These facts are “so overwhelming it can create apathy because the problems are so big. Here are four women, artists, who decide to make a difference,” Sophia shared before providing us a preview of her film. Sophia sought out vital voices who had one very specific art form and one very specific problem within that culture. These are their stories, from Creating4Change, where more information can be found: 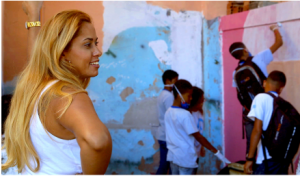 As a young artist, Panmela Castro was drawn to graffiti and its power to convey a message. When Brazil’s first comprehensive law on domestic violence was passed in 2006, Castro, a victim of domestic violence herself, was moved to inform those living in the favelas of Rio de Janeiro about their right to live free of violence. Castro continues to raise awareness about women’s rights and to draw attention to gender-based violence via an organization she founded called Rede Nami. Rede Nami hosts workshops throughout Brazil, teaching women and girls about domestic violence, as well as instructing attendees in graffiti art. In 2014, the Creating4Change production team spent three weeks with Castro as she worked to create a kilometer-long mural in Rio de Janiero raising awareness about domestic violence on the eve of the FIFA World Cup. 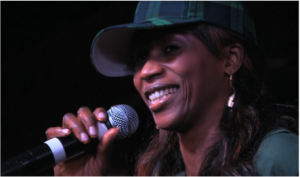 Singer and activist Sister Fa is a hero to young women in Senegal and an unstoppable force for social change. A survivor of childhood female genital cutting (FGC), she decided to tackle the issue by starting a grassroots campaign, which uses her music to spark a dialogue about the cultural practice that is still considered too-taboo to discuss in some communities. Sister Fa is now based in Berlin where she lives with her husband and young daughter. She’s thankful that her daughter will never have to be “cut”, but she knows that millions of little girls just like her are mutilated each year worldwide. That’s why Sister Fa regularly tours throughout West-Africa, along with her unlikely entourage: The Sister Fa band, a midwife, and an Imam. Through music, dialogue, art and celebration, Sister Fa is shifting cultural norms in places many thought would never change. 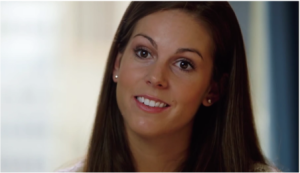 Anna Taylor was a typical American girl growing up in Little Rock, Arkansas, until her parents decided to move her and her siblings to Nairobi when she was in high school. When Anna returned to the US to begin apparel studies at the University of Arkansas, two things remained in the forefront of the young designer’s mind: the colorful African fabrics and the rampant poverty of Nairobi’s slums. When Anna returned to Nairobi mid-way through her college career, a Kenyan leader in the slums introduced her to an impoverished seamstress named Judith. Anna designed custom pieces inspired by the brightly-colored East-African fabrics, and hired Judith to sew these high-end clothing items for friends and family back in the United States. Each piece produced sold quickly, and at a good price. Taylor developed an understanding of the Nairobi slum culture and the needs of the women living there. She established relationships with local suppliers and industry experts, and she did all this at an earlier age than most American college students pick their major. After finishing her degree, Anna launched Judith&James to train and employ impoverished women to manufacture high fashion clothing. At the age of 22, Taylor’s Judith&James collection made its debut at New York Fashion Week. 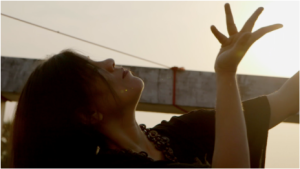 Sohini Chakraborty was a dancer, choreographer and sociologist when she met survivors of human trafficking at a local shelter in India. She knew instinctively that dance could serve as a vehicle for recovery, and by encouraging girls to move their bodies, she thought they could unlock the pain trapped inside, and begin the process of healing. Since then, Chakraborty formed Kolkata Sanved, an organization that uses dance to rehabilitate survivors of sex trafficking, and to intercept young women whoa are at risk of falling prey to traffickers. The Creating4Change production team spent three weeks with Chakraborty in 2014, and will be returning to Kolkata in 2015 to document Chakraborty’s use of dance to prepare women to testify in court against their traffickers. 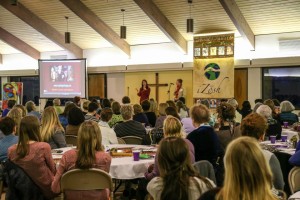 After hearing these powerful stories, the women of iZōsh had a discussion at their tables using the book Women Who Light the Dark by photographer and mentor to Sophia Kruz, Paola Gianturco. We heard the story of Rita who runs a project in the favelas of Brazil, which educates and empowers girls who are trying to survive the harsh reality of living in the favelas.

Women came away from the evening inspired by the strength of the human spirit,

specifically, the female human spirit, and the power of art to reach those places of hope, healing and tenacity. We had an amazing time, and celebrate that 27 women received funding for their businesses to help lift themselves out of extreme poverty and reduce the risk of oppression and exploitation in their lives. 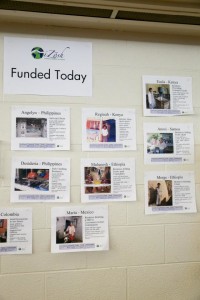 To date, iZōsh has granted 209 women a total of $88,574 in micro-loans, which have grown exponentially to help individuals, families and communities around the world.