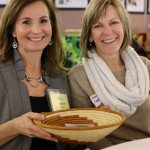 On Friday night 170 Ann Arbor area women gathered at Huron Hills Church North and extended $12,180 in micro-loans to 36 women living in extreme poverty in 13 countries. iZōsh has granted 112 loans equaling $49,166 in the last 15 months. To see the women who had their loans granted last night click here.

In addition to the joy of being able to collectively make a difference in the lives of those women, their families, and communities, we also had the privilege of hearing powerful stories of an abolitionist from the 1900s and a courageous compelling interview with a trafficking survivor here in Michigan. 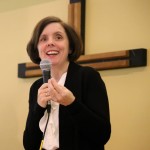 The first speakers of the night were the mother-daughter team of Kristin and Kathryn Wong, authors of Fierce Compassion: the Life of Abolitionist Donaldina Cameron. They shared with us a story with three strands: details of the slave trade of Chinese women in the late 1800s, a committed, feisty, Scottish young woman named Donaldina Cameron, and the subsequent work of a safe haven for rescued trafficking survivors and slaves set in Chinatown. 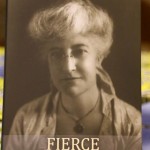 After the railroad was finished in 1869, 1000s of Chinese men found themselves stranded in a new land with little hope to return to a normal life; China was in turmoil, it was nearly impossible to bring their wives to America, and it was illegal to marry an American, thanks to the Chinese Exclusion Act. For every Chinese woman in San Francisco’s Chinatown, there were 20 men – creating a situation rife for gambling and alcohol addiction and prostitution. Chinese gangs, called tongs, soon controlled everything, and many white law enforcement officers and judges were on their payroll.

However, a small group of Christian women started saving and rescuing the girls, bringing them to a home on the edge of Chinatown. Word got out among the slave network that there was hope. In 1895, Donaldina Cameron came to teach sewing for one year. She stayed four decades. Not only did she travel the dark alleys on rescue missions, face death threats, and stand up to the tongs, but she also raised awareness, defied stereotypes and fought for immigration reform.

The concept of micro-loans was not widespread in any capacity in the early 1900s, but if it 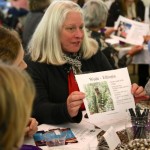 had been, people like 6 year old Tien Wu may not have been sold by her father to pay a debt and sent to America. Over 3000 lives were impacted by the work of Donaldina Cameron and her partners at the home (later named after her). To this day, the Cameron House is a multi-service agency serving Asian communities in the San Francisco Bay Area, as it has since 1874.

We also had the amazing opportunity to hear, first hand, a story of human trafficking that sadly took place in Metro Detroit. Micro loans could have made a dramatic difference in “Betty’s” past and present situation. In an interview with her former lawyer, U-M Law Professor Bridgette Carr, we heard some of the heartbreaking details and marveled at Betty’s daring determination to escape her traffickers. She is our hero and we are speechless with gratitude for her willingness to come and share her story. 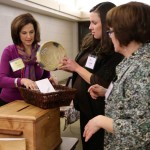 Thank you for your part in this profound evening. On May 2nd, iZōsh will be partnering with Opportunity International to hear Carly Fiorina, founder of One Woman Initiative and former CEO of Hewlett Packard. It promises to be another great evening – keep an eye out for details to come.

Click here to see more amazing pictures of this event!