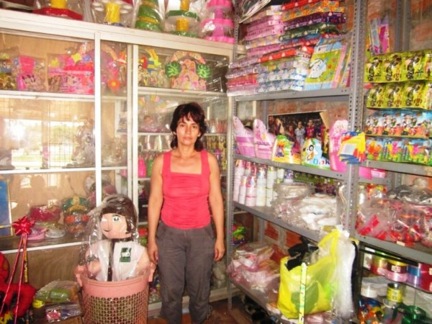 We hope you have had a restful summer and are preparing for the advent of fall. We are looking forward to our next iZōsh event on Saturday, October 26th, at 9:00 a.m. and wanted to let you know some details surrounding our time together.

The book discussion for our October 26th iZōsh event will be based on chapters six and seven of Half the Sky by Nicholas Kristof and Sheryl WuDunn. These two chapters provide us with a compelling picture of the health challenges faced by women around the world. The focus is on maternal mortality (women who die during childbirth) and maternal morbidity (injuries to women during birth). These chapters include statistics for women around the world, including this shocking reality: “The equivalent of five jumbo jets’ worth of women die in labor each day.” (p. 98)

We’re also told the poignant stories of individual women who have been impacted by these issues. One woman, Mamitu Gashe, arrived as an illiterate patient at the Addis Ababa Fistula Hospital in Ethiopia. At the time Half the Sky was written, Mamitu had not only learned to read, but she was training other doctors in fistula surgery! (p. 120-121)

Both of these chapters also include stories of some amazing women and men from around the globe who have dedicated their lives to dramatically improve the quality of life for women. One example is Edna Adan, who grew up in the Horn of Africa. After being educated in Britain and being married to the prime minister of Somaliland she found herself working for the World Health Organization. But Edna had a dream, a dream to build a women’s hospital in her homeland. She was willing to give all she had to make this dream a reality, including her Mercedes-Benz, her savings and her pension!

These chapters contain some very difficult realities to grapple with, but they also provide stories of hope and courage. As you read, you’ll see glimpses of the difference micro-finance can make in the lives of impoverished women. When we gather together on the 26th, we’ll learn more about women, and together we’ll grant loans and make a difference in the lives of women around the globe!

Each day, the women we have gifted funds to are working to repay those loans and build their businesses in the hopes of bettering their lives. The following is a progress report on a few of the women iZōsh has helped by funding microloans, enabling them to gain financial independence and improve the lives of themselves and their children.

Two weeks ago, Nilda from Peru paid off her loan of $800. Nilda requested the loan in order to buy merchandise and the necessary materials to make piñatas and children’s party decorations, such as stuffed animals, posters, balloons, toys, and streamers, among others. Nilda started out making piñatas (these piñatas have small children’s toys inside, as opposed to candy, like most American versions) for other suppliers, but now operates her own store out of her house. Nilda has owned this business, a store for party supplies, for more than three years, and also provides handmade, decorated cakes for special occasions.

Elizabeth from Sierra Leone has currently paid back 80% of her loan. iZōsh fully funded her loan of $1,175 to buy different kinds of general stock items like rice, salt, and oil for the general store she runs as part of the Waterloo Market. In 2007, Elizabeth began her business because her parents forced her to marry at an early age without her completing her secondary school education. Now 24 years old, she works at the business 11 hours each day, 7 days per week.

iZōsh funded a $1,000 loan for Sareoun from Cambodia to buy fertilizer to help keep her rice field in good shape. A portion of the loan will also be spent finishing building her house. She has paid back 46% of the loan, but has had difficulty keeping up with the monthly payments she initially agreed to. The micro-finance organization, through their field partner VisionFund, has done a kind of refinancing for her, extending the timing of the loan payment. They sent us this message:

“On half of Sareoun, we would like to thank to your loan.” 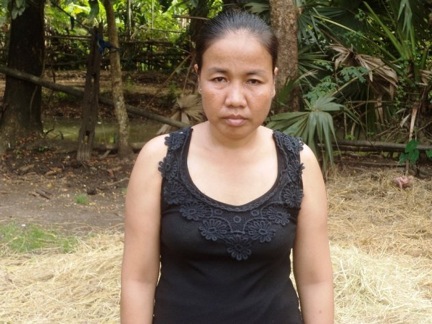 Please keep in mind, although iZōsh fully funds our recipients’ loans, each woman is still expected to repay the loan according to the terms she’s negotiated with the microfinance organization (MFI). When money comes back to our account from repayments, iZōsh then donates that money back to the MFI to further expand access to microfinance around the globe.