Our next event will address “​The Role of Art in Global Women’s Empowerment​.” ​
Together we will experience first­hand the impact that art can have as we feature three local artists joining with the mission of iZōsh. 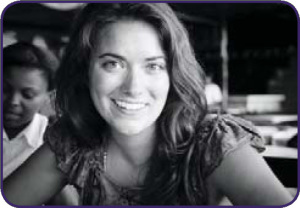 Kruz is a producer in PBS Detroit’s National Documentary Unit, where she is currently producing RIDE THE TIGER​,​a documentary on neuroscience and bipolar disorder for national PBS broadcast. She is also directing an independent documentary on the role of art in creating positive global change for women and girls called CREATING4CHANGE.

The filmmaker has also achieved success in past projects. A SPACE FOR MUSIC, A SEAT FOR EVERYONE​​(2013) has won many awards, including an EMMY®. It is a ​documentary exploring the 100­year history of the iconic University of Michigan concert hall Hill Auditorium. Her award­winning film TIME DANCES ON​​(2011), directed and edited by Kruz, tells her father’s journey to coming out as a gay man.

From 2010­2013, Kruz held the position of Video Producer & Editor at UMS, the University of Michigan’s international performing arts presenter. She earned her BA in Screen Arts & Cultures at the University of Michigan, and spent summers interning with E! Entertainment for True Hollywood Story, PBS’ documentary series POV, and Floren­Shieh Productions in NYC. In 2009, she travelled to Tanzania as part of a team of students documenting vision impairment and preventable blindness for the Clinton Global Initiative and Students of the World. http://www.sophiakruzproductions.com http://www.creating4change.com/

We are also excited to have a live musical performance at our iZōsh Event! Local folk songstress Abigail Stauffer​ weaves the language of acoustic, pop, and neosoul music into an irresistible invitation to heal and be healed. Abigail has played such venues as The Ark and the Ann Arbor Summer Festival. Her music discography includes: Where I’m Going (Jan 2015), No Contradictions (May 2013) and Alone to Dream (Mar 2011). http://www.abigailstauffer.com 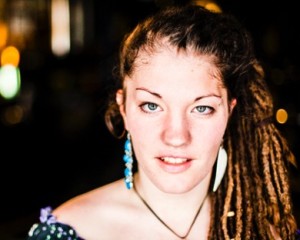 Our featured visual artist Michael Anne Erlewine ​attended her first iZōsh Event this past October where she was deeply moved by the iZōsh mission and experience of collectively shifting our current power dynamic toward one of sustainable equality.

After witnessing the direct support being given to women and the effort to help each one establish a personal sense of economic balance, Michael Anne was motivated to use her skills as a painter as a way to raise money for these women to fulfill their current business goals. She sought to do so by donating a painting to be raffled off at the March 20th, 2015 iZ​ō​sh Event​.

Michael Anne first studied art with her paternal grandmother, Phyllis Anne Erlewine, a professional artist who fostered her granddaughter’s creativity thus empowering her as an artist. Her grandmother was also her closest companion throughout her adolescent years and was the first to teach her the beauty of unconditional love. It is from this place, this transmission of the heart, from which Michael Anne brings us her tender play of color and light embodied in her work. Michael Anne is honored to give of her work to this compassionate cause. https://www.etsy.com/shop/michaelanneerlewine

We are looking forward to seeing you in two short weeks,

P.S. Dues are now being accepted, if you know you won’t be able to attend, or if you want to turn in your contribution early! Make out your check to Huron Hills Church with iZ​ō​sh in the memo line and mail: Attn: iZ​ō​sh c/0 Huron Hills Church, 3150 Glazier Way, Ann Arbor, MI 48105 Remember we’ve switched from three to two events a year, if you’re interested in adjusting your dues accordingly, contact treasurer@izosh.org